In February 2016, I went to The Howard Theatre in DC for the Arrested Development show. With hits from the 90s, such as Tennessee, Mr. Wendal, and People Everyday, I was excited to see them perform.  In anticipation of the event, I chose to draw a portrait of Speech as he appeared in the video Tennessee. Once I arrived at the show, I was able to bring my artwork backstage. I was heartened to see that Speech was open to the meeting, and had his family with him for the performance.  We took pictures, shook hands, and I was able to thank him and the band for their music.  Eventually, others started to take pictures with Speech and the drawing. It was very gratifying. I went back out to the floor, and the show started. Arrested Development is a talented, conscious, and uplifting group of musicians and singers. It was a great show, and it was almost time to head for home.  Just then, the most unexpected happened… they called me out on stage! Not at all sure what to do, or how to react, I just walked out with the drawing.  Speech launched into a poignant story about the origins and inspiration behind the lyrics of Tennessee.  I was just standing in the middle of the stage, trying to take in this new and surreal perspective.  While I was uncomfortable and nervous, I was also exhilarated.  I really tried to enjoy the moment.  The band slowed the tempo of the song, and everyone sung along with the narrative, poetic verses. When the memorable line ‘I am Still Thirsty’ was reached, there I was, next to Speech in the middle of the stage, taking on the same pose illustrated in the portrait.  Tennessee Reprise – Howard Theatre  …It almost looks like I’ve been digitally added into the scene, as I still can’t really believe that it happened.  Thanks to Gearni Thompson, Speech Thomas, JJ Boogie, Tasha LaRae, and Fareedah for allowing me to experience the sensation of being on stage and perpetuating my love of music.  It was a great night. – AJK 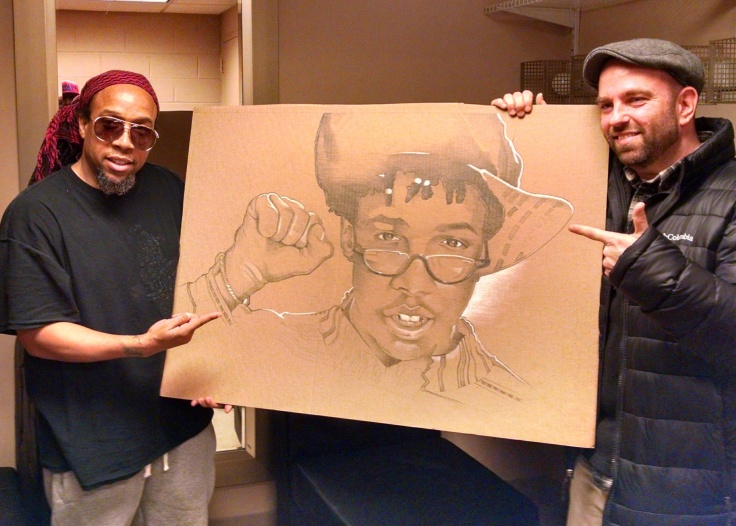 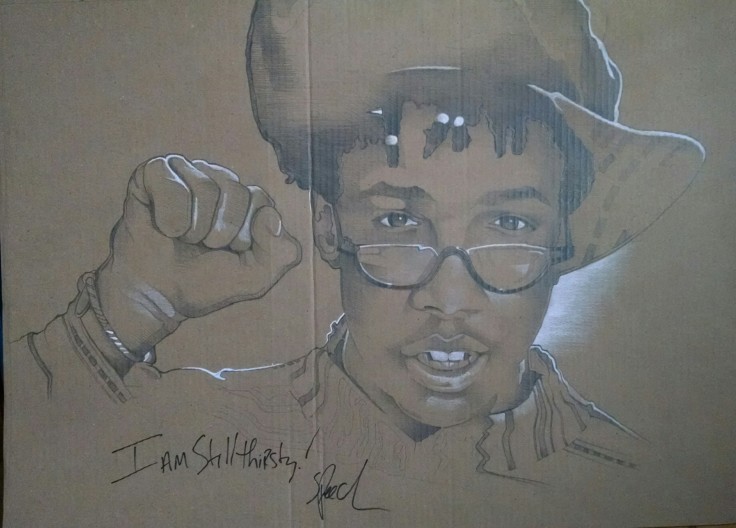