Before rap was a game or Hip-Hop was a nation/
Before Lauryn Hill began her miseducation/
Before Milk was chillin’ or PE brought the noise/
Before Heavy D and the Boyz/
Before the roof caught on fire, Before fresh was the word/
Before Whodini and friends and Roxanne’s Revenge/
Before the freaks came out at night, before say Ho/
Before the Crash Crew was rocking on the radio…

Have you ever seen the cheesy paintings of the presidents playing billiards together?  Although they were from different eras, and didn’t live during the same time spans, artists have rendered this patriotic impossibility as an american Mount Olympus.  Here, we can imagine Eisenhower and Lincoln amiably slapping each other on the back, and Reagan and Nixon happily recalling their younger, less challenging days. It’s ridiculous, of course, but not long ago, I found myself in a situation that rivaled that scene. 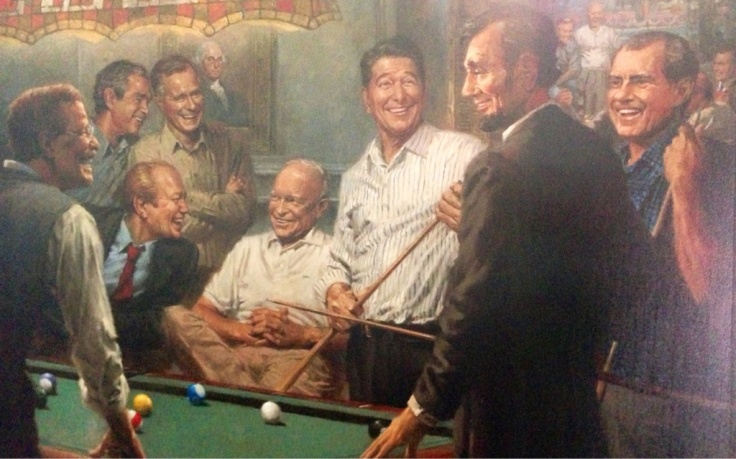 A few months ago, The Bridge Concert Series was announced by the Kennedy Center in Washington, DC.  Determined to bring Hip-Hop to the storied institution, the center named Q-Tip (a.k.a Jonathan Davis, a.k.a. The Poet Incognito, a.k.a. Kamaal Ibn John Fareed) as the Creative Director.  This important move ushers in an entire era of unique and powerful music, and a cross-section of the American experience as a whole.  It’s about time, and it seems as if Tip is taking this challenge personally.

In preparation of the ‘Bridge’ event, I promised myself that I’d show up with art in hand.  I prepared two pieces – a cardboard composition of Grandmaster Caz, and a small colored pencil rendering of the unmistakable Kool Moe Dee.  I wasn’t sure how I would meet them, but I wanted to be ready if things came together.  I grabbed my new This Day in Rap and Hip-Hop History book off the shelf, and loaded up my portfolio case with my new art. For good measure, I unframed the Madina Design Golden Era of Hip-Hop poster, and brought it along.  After all, Kool Moe Dee and Roxanne Shanté, each on the poster, would both be appearing.  It was difficult to keep all of these opportunities straight, but it was better to be over-prepared.

Strangely, the whole event was planned for a Monday night.  This makes everything a bit more difficult, as it’s a work night early in the week. Fortunately, the work week was short because of the Thanksgiving holiday.  I was all ready to go.

I got to the Watergate Hotel parking garage with plenty of time to spare.  My plan was to walk to get something to eat, and return to meet Malcolm Riddle, and Jeremy Beaver closer to showtime. It was about 5:00 pm, and I decided to walk over to the river view, behind the Kennedy Center.  I snapped a couple of photos of the panorama, and glanced back towards the Watergate.  I often get caught up in all of the history that surrounds us when we are in the nation’s capital.  As I doubled-back towards Virginia Avenue, and the front of the Kennedy Center,  I noticed that there was a woman echoing my steps.  It seemed that someone else had a similar idea, and a similar path.

Upon closer inspection, I realized enthusiastically, that the woman was none other than Cora Brown, the wife of Grandmaster Caz.  I only recognized her, because we are ‘friends’ on Instagram.  Earlier in the week I had shared my Caz rendering with her, and she had replied that she was excited to see it in person. I took this as an opening to introduce myself to her.

I said “Excuse me, are you Mrs. Caz?”  She lit up, and said “Yes, I am!”.  I extended my hand to introduce myself, and said “Hi! I’m Andy Katz”.  “Oh, no, Honey.  I don’t shake hands, I give hugs!”, she informed me as she enveloped me into her arms.  I let her know that I was the one who had drawn Caz, and that I had it with me.  She asked if she could see the drawing, and I excitedly pulled it out.  She took pictures of the drawing, and of the two of us together. She asked if I had a ticket for the show, and I replied in the affirmative.  She said, “Why don’t you just come in now? You can use my lanyard”.  With that, she took off the production team pass that she had been wearing around her neck.  She handed it to me, I put it on, and we walked in the stage door together, shoulder to shoulder.  Incredible!

After walking past a formal guard station, and through a heavy door, we came to a second, windowless door.  We pushed through, and entered a large lounge area, replete with a wide variety of food and drink, and several large black leather chairs and couches. Adorning the wall were hundreds of small, framed show posters, displaying a rich history of Kennedy Center performances.  It was an impressive display, yet it had a glaring omission – No Hip-Hop.  I believed we’d be changing that in the next few hours.

I tried to act like I belonged in the lounge area.  My new necklace, and my new friend assured me that no one would be asking me to leave.  I tried to relax, and Cora told me that everyone went back to the hotel to change for the show.  There was a full buffet of food, and a ton of room to sit and wait.  I turned around to put down my portfolio case, only to find that Grandmaster Caz had entered the room.  Cora pointed him in my direction, and I mustered a few words of introduction. I pulled out the drawing, and expressed my thanks for contributions he had made to the Hip-Hop genre.  He was so cool and laid back, that I began pointing out my favorite parts of his Art of Rap appearance.  It has been great to see him get the credit he deserves, and I was able to convey that thought directly to him.  He posed for a few pictures, and without rushing, took a seat to properly tag the artwork.  I asked him to sign lyrics, and we decided on the short, but powerful “I’m That…” phrase that he delivered directly into the camera for Ice T’s Art of Rap doc.

We were able to talk for a little while, and then, he too, had to go to change for his performance.

For the next few hours, my head was on a swivel, as the early history of Hip-Hop ebbed and flowed in front of my eyes.  I met Mr. Wave, an original B-Boy and break dancer, Sha-Rock, one of the first female MCs, and a whole host of supportive fans and friends of the performers.  Eventually, Malcolm showed up, and we were able to get him back stage, as well.  We decided to view the concert from the back stage area, when our friend Saleem showed up with another wave of Hip-Hop royalty.  After he entered the room, in walked Kool DJ Red Alert, Busy Bee, Roxanne Shanté, and Kool Moe Dee.  It was difficult to keep up with the greatness that was passing in front of us. “Hey, There’s Kurtis Blow!”, “Did Sadat X just come through?”, “I heard that Whodini is showing up around 9:00.”  While we were comfortable, and could take our time, we didn’t want to take any of this for granted.

It was an amazing opportunity for all.  We had a chance to meet the icons of the genre, and they had the chance to kick down the doors of the Kennedy Center…once and for all. 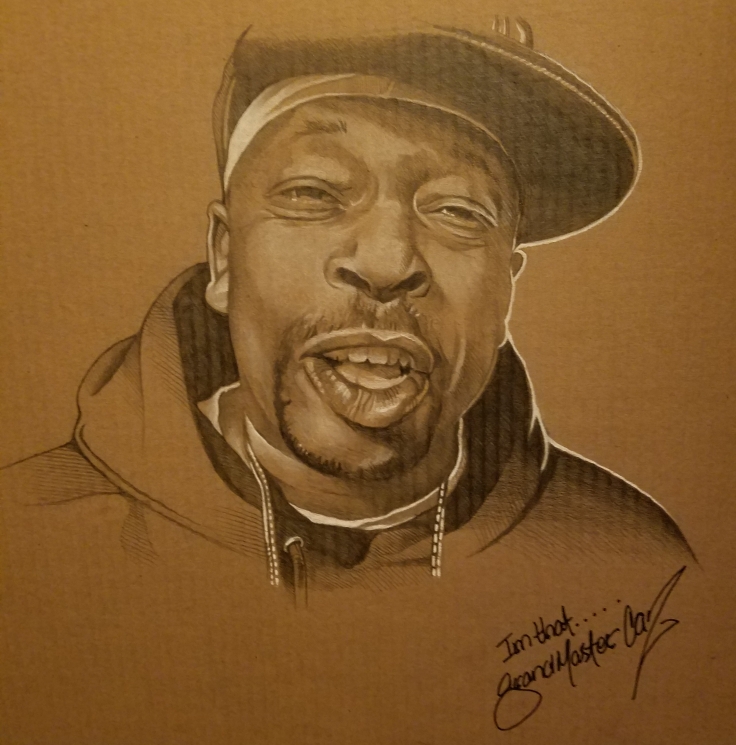 Over the next several hours, we paid compliments and tribute to Kool Moe Dee,  Sha-Rock, Busy Bee Starski, Roxanne Shanté, Kurtis Blow, Red Alert, Sadat X, Jalil and Ecstasy from Whodini.  It was an amazing night, and I’ll think about it often.  I’m so glad that I’m able to connect with these important figures.  Be on the lookout for more special programming at the Kennedy Center.  – AK