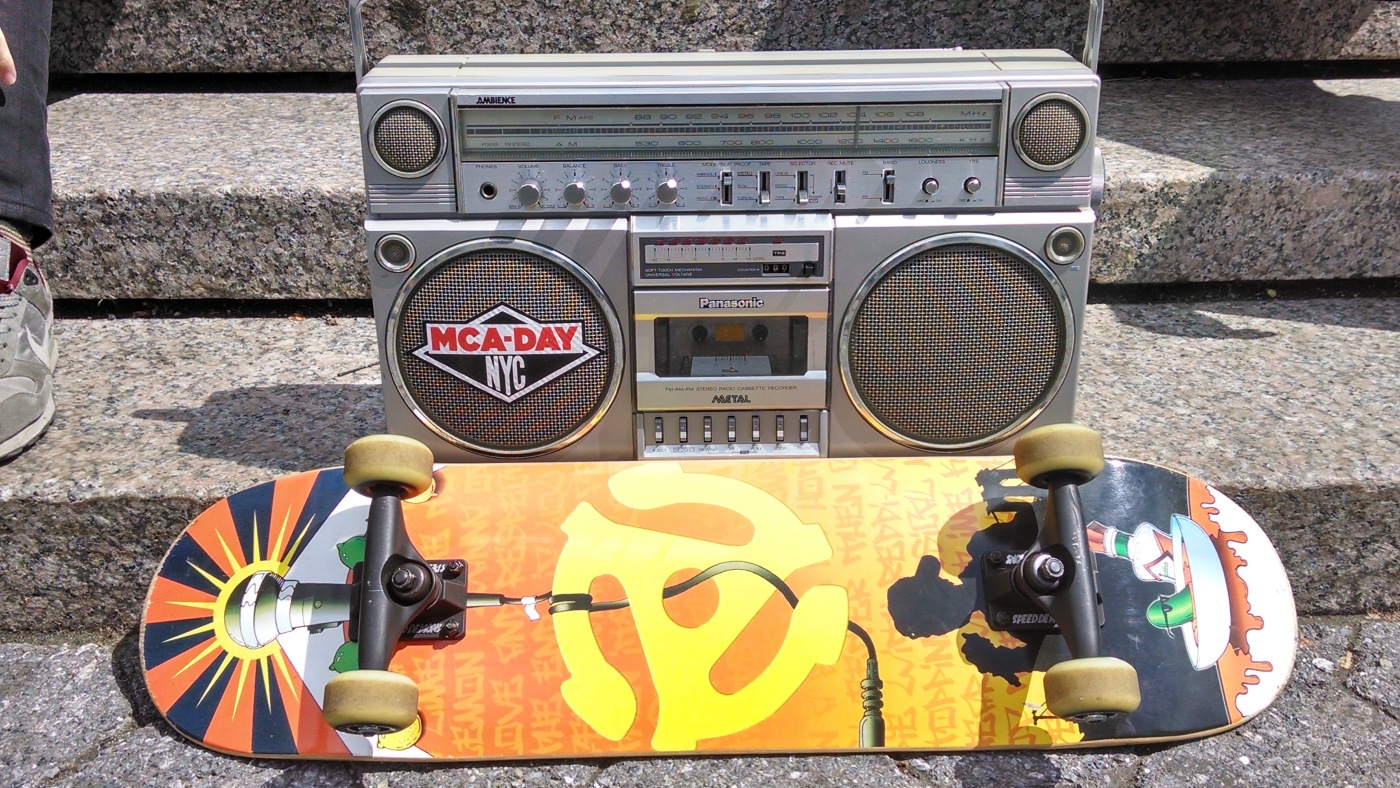 In 2012, the world lost a great man.  Adam ‘MCA’ Yauch, founding member of the Beastie Boys, continues to be missed and celebrated.  As a tribute, and to continue his Hip-Hop and activist legacy, I decided to design a skateboard paying tribute to his memory.

Originally, I hand-painted a deck, and brought it to New York City. I had an opportunity to meet AdRock, and my goal was to get the board in front of him. I wanted to express our admiration and feeling of loss to Yauch’s bandmate and friend.  When AdRock and his wife, Kathleen Hanna, curated an art show, I made it a point to be there. 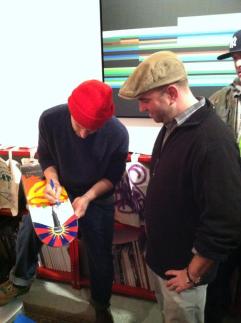 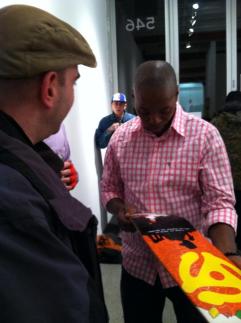 After the charity art exhibition, I began to wonder about making a pro deck.  I was operating without a map, and I didn’t know where to begin. It became very important for me to figure things out.

I was watching a documentary called Skateboard Nation – featuring the construction of skateparks that served the Native-American youth community.  The film featured an interview with Jim Murphy of Wounded Knee Skateboards (quite possibly the perfect name for a skate company in service of the Native-Amercian community).  I was moved by this story, and decided to attempt to contact Mr. Murphy.  I wrote him a short, impassioned note, explaining my motivation and goal to make my deck idea into a professional-quality skateboard design. I was pleasantly surprised when he replied to my message, almost immediately.

He turned me on to Chapman Skates in NY state, and I quickly contacted them.  Glenn Chapman answered the phone on one ring, and clearly and concisely laid out what would be my next steps for fabrication.

I set the number of decks at a limit of fifty.  I wanted to get these decks into the hands of fifty people who felt the same way that I do about Yauch.  While it has been six years since I started this endeavor, I continue to be excited and inspired by the connections this story evokes.

I set aside board number one of fifty.  I would keep this deck, and bring it to live Hip-Hop shows.  There, I would ask MCA’s peers to tag the surface, paying tribute to their friend, and sharing stories and memories during the exchange.

The deck has brought me on many adventures, and has allowed me to meet many interesting people.  Of the original fifty, I have about 10 decks left, and I’m so pleased that people have gone out of their way to celebrate Yauch in this way.  Each of the fifty decks are signed, numbered, and come with a letter explaining the impetus for the design.  In the future, I hope to add to deck number 1 – although it’s getting a bit crowded on there! – AK

A couple of ways to obtain one of the Adam ‘MCA’ Yauch decks: